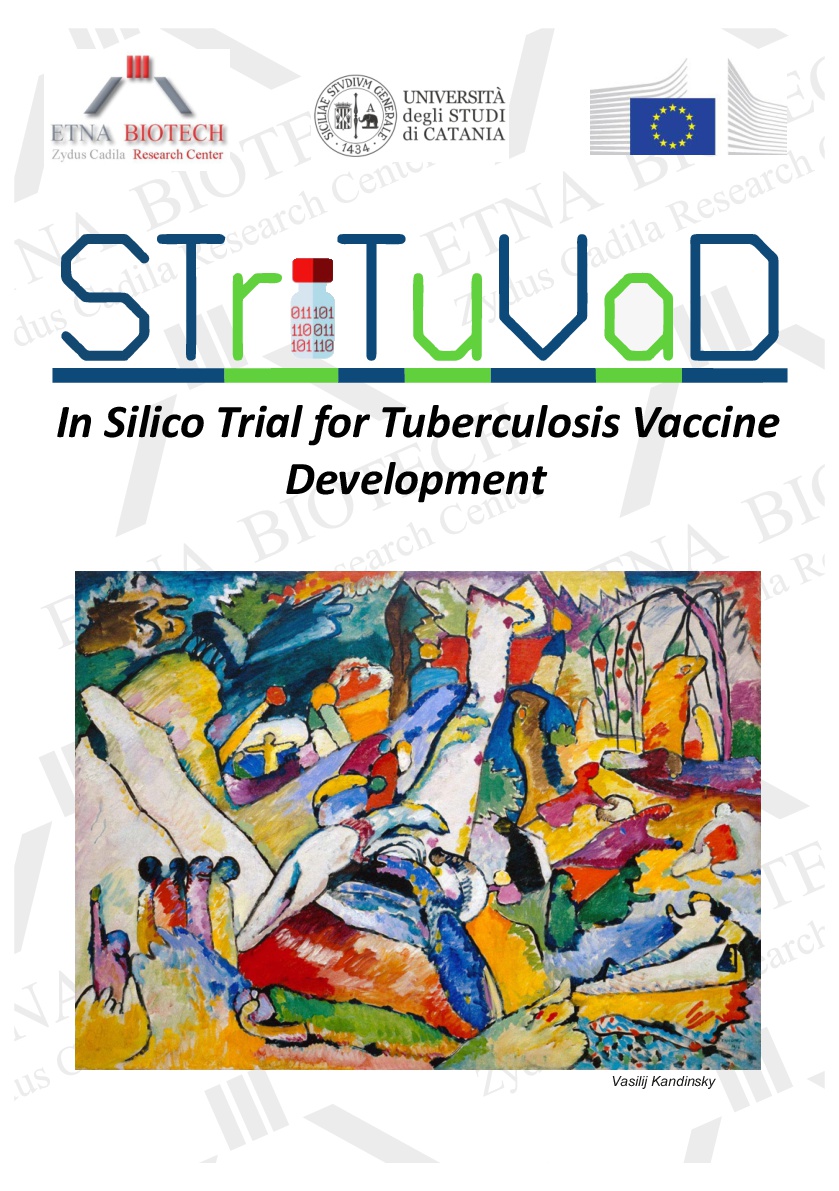 The StriTuVaD multidisciplinary consortium, will deliver an in silico trial platform to simulate the relevant individual human physiology and physiopathology in patients affected by Mycobacterium tuberculosis. Virtual populations of individuals (a set of libraries of virtual patients for re-use in pre- and post-competitive testing) will be generated, with the aim to study the effects of treatments against tuberculosis, allowing the simulation of the mechanisms of action of the vaccination strategies and predicting the treatments outcomes in order to have a personalised medicine approach.

During STriTuVaD kick-off meeting, an open event is foreseen to invited people coming from academia, local politics, industry and regulatory agencies in which it will be announced the project.